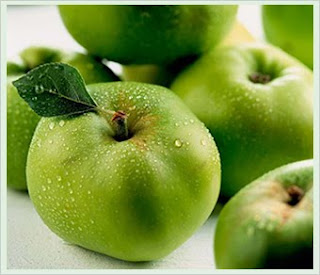 The first of the Bramleys was bottled today. Strictly speaking this is a bit early, but its good to have a selection and the other sharp variety we have -Lord Debys - that we produced first are already running low. So four tubs of Bramleys were gathered, but almost all had some damage. This meant each had to be cut and quartered to remove all the bruising and any insect or grub damage. Out of 160lbs of apples only six went into the mill as they were. That's not six lbs, but six APPLES. It took a backbreaking 14 hours between us adults and three children to prepare the fruit and an hout to wash it. This is why organic fruit is SO much dearer than regular stuff which has been bathed in chemicals, and whilst apples from commercial farms like the Bramleys opposite look like beauty queens, their good looks come at a price; chemicsl residues. This is why we uise only apples from our own orchard or from similar remant orchards where we know no chemicals have been used. The work is harder, but pure means pure in my book.
Posted by Berkeley Pippin at 16:57